Taipingshan used to be a forest farm and the indispensable equipment, such as cableway, cabin, forest railway and steam-skidder etc., are still well preserved. Among them, Bong Bong Train played an important role in transporting timber between different locations in the early days. One of the most popular tourist attractions of ecotourism in Taipingshan, the Maosing Line was restored in 1985 and re-operated in 1991. The Bong Bong train station is on the left side of central stairway at Taipingshan Villa. The Maosing Line is 3 km long and it takes 20 minutes to arrive at the terminal- Maosing Station. At Maosing Station, you will also find a self-guided forest trail, a native ferns garden and Maosing National Forest Trail.

As the orange-yellow colored Bong Bong train moving slowly along the slope and heading to Maosing Station, it will make the peculiar sound of“Bong Bong”resonating in the valley, which is the reason why people give the name to it. On the Bong Bong train, you can find various wild flowers, like Gleichenia japonica, Unigemmate China Fern and Common Foxglove, swung in the wind on your right and a broad view of mountains on your left. Both in good weather and in foggy days, the views you see from the Bong Bong Train are like picturesque paintings. 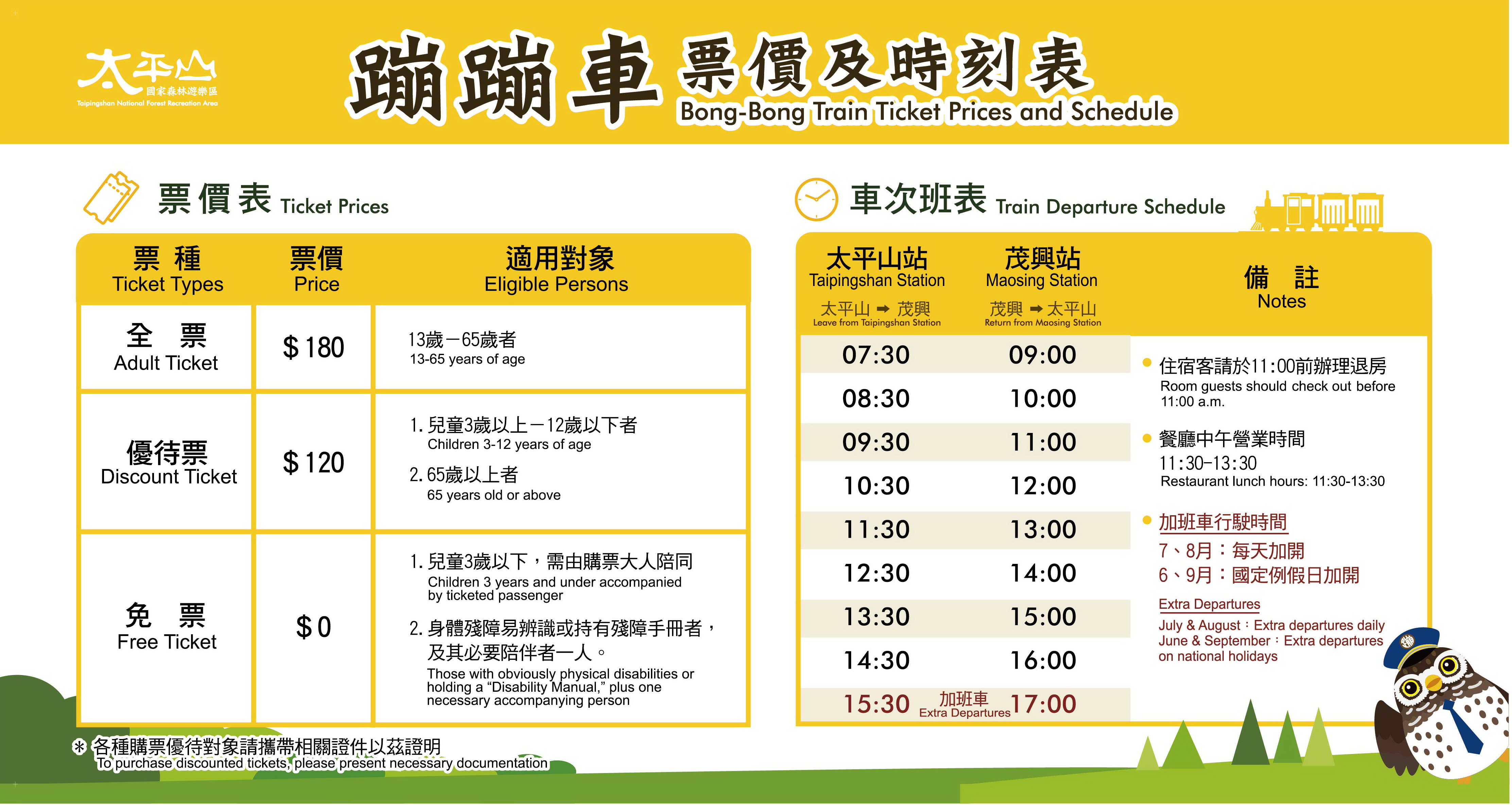