The world's first Quiet Trail – the Taipingshan Cueifong Circular Trail – circles Cueifong Lake, the largest mountain lake in Taiwan, sitting between Taipingshan and Dayuanshan, I-lan County. The lush, damp cypress forests around the lake are covered in mosses, which function as a natural layer of sound-absorbing foam, making this area a wonderful acoustic anechoic chamber. Also, being far away in the mountains and thus free of human interference, the area is extremely quiet, the sound measured there barely reaching 25 decibels.

In 2018, part of the Cueifong Circular Trail was designated as the first national Silent Trail, so that every visitor walking on the trail can feel the soundscape by listening to the unique melody of each stone, each creek, each tree, or even each mountain, thus in the meanwhile accomplishing forest conservation through listening. On account of the effort mentioned above, on July 18th, World Listening Day, Quiet Parks International (QPI) – a worldwide non-profit organization – awards the world’s first Quiet Trail status to the Taipingshan Cueifong Circular Trail. 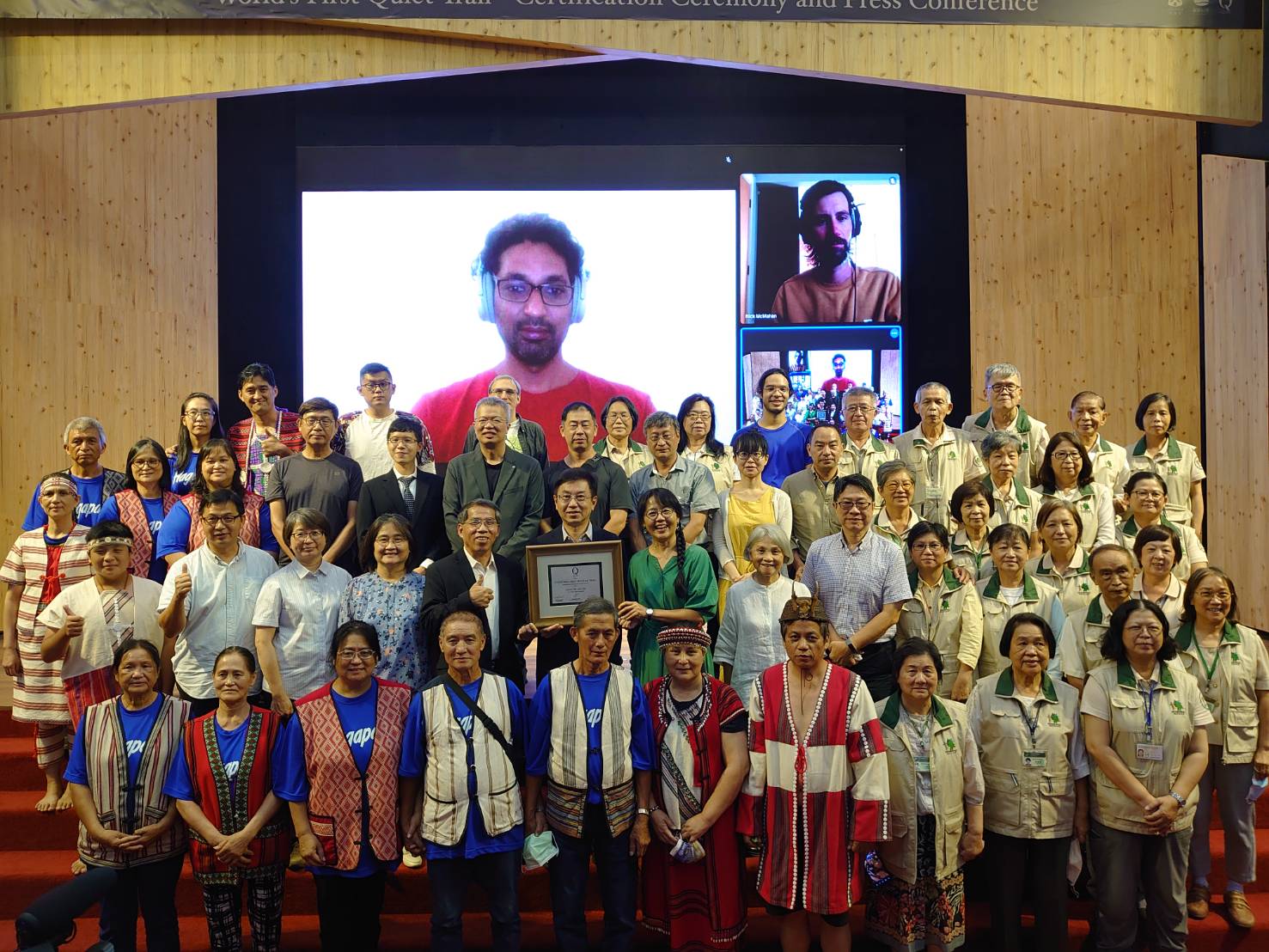 The certification ceremony begins with the prayer and performance by the Atayal indigenous people from Nan’ao Township – who used to live in Haga Paris, hence inheriting the Atayal tribal memory of thriving with Nature by listening to and feeling Nature. Subsequently, the certification ceremony is completed with the witness and best wishes of QPI representatives from all over the world.

According to Forestry Bureau, the Cueifong Circular Trail was constructed along the Cueifong Lake following the previous logging railway, in order that visitors can enjoy the scenic lake view at close range. The Cueifong Circular Trail is 3.95 kilometers in length, making it the longest of all trails in the Taipingshan National Forest Recreation Area. Due to the remote location, most of the numerous visitors only walk the first 300 meters of the wooden walkway, take a look at the lake, and then leave in a hurry, inadvertently preserving the quietness of the Silent Trail, which sits from 2.2K to 3.6K  in the middle of the Circular Trail. 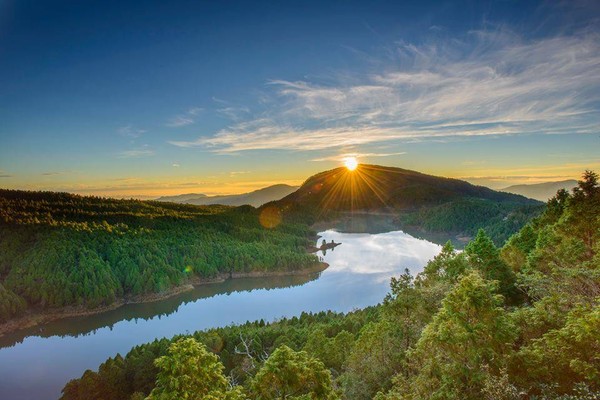 From June 2014, in cooperation with the Luodong Forest District Office, Laila Fan — a renowned Taiwanese field recordist — began examining and recording the natural soundscape of Taipingshan National Forest Recreation Area. For over a year, after traveling all the trails there repeatedly, she finally found, in the cypress forests along the Cueifong Circular Trail, the silence representative enough of Taiwan’s forests. The sounds measured with precision instruments in the Ordovician Tundra Area barely reached 25 decibels, almost the state of an acoustic anechoic chamber. Then from 2015 to 2017, in the above-mentioned Ordovician Tundra Area, Laila Fan collected soundscape data by recording five minutes every hour for three years. The subsequent soundscape files are made accessible on Asian Soundscape.

Since 2016, an activity entitled “Play with Sound and Listen to the World” – with the theme of environmental education – held by the Luodong Natural Education Center in collaboration with the Luodong Forest District Office, has been available to the general public, so that people can learn to understand the influence and magic of sound, and to open up senses other than sight. In 2018, Laila Fan published a picture book The Call of the Silent Trail, telling the story of Taiwan’s first national Silent Trail – established within the Cueifong Circular Trail in the same year, witnessed by an American soundscape ecologist Gordon Hempton – in order to continually promote Silent Trails and soundscape conservation, as well as teaching people to keep quiet, avoid using megaphones, refrain from playing music through loudspeakers, and avoid stepping on moss. 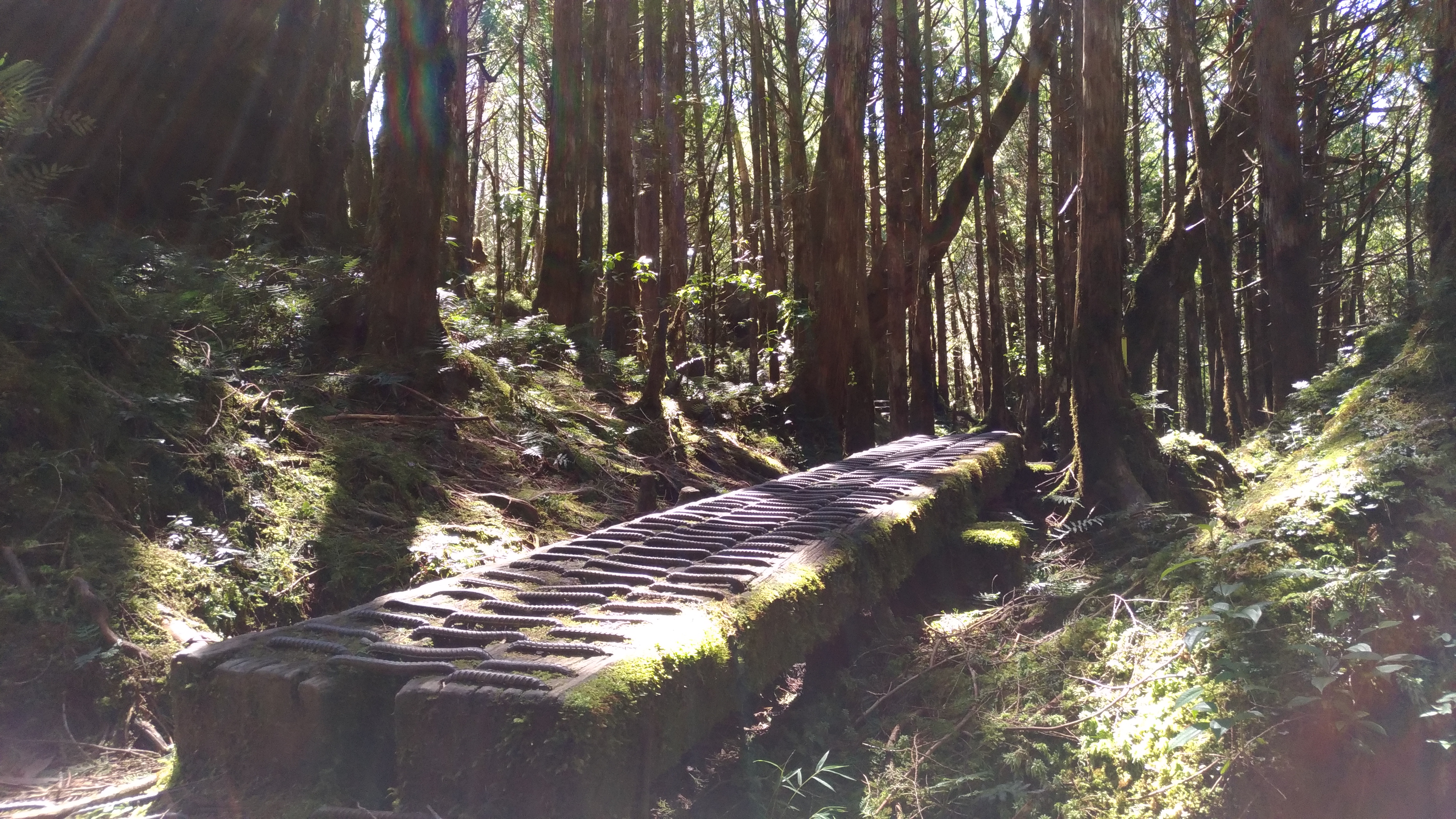 Quiet Parks International (QPI) is an important organization founded by world-famous field recordist and soundscape ecologist Gordon Hempton – whose goal is to save quiet for the benefit of all life, and by saving quiet simultaneously preserve the soundscape original to the land, thus leading to the preservation of all life. QPI awards certifications to the five categories: Urban Quiet Parks, Wilderness Quiet Parks, Quiet Trails, Quiet Stays, Quiet Residences and Communities; they hope people protect the land by listening, learning, and loving. As Nick McMahan – Director of Quiet Trails – put it, “The establishment of the Taipingshan Quiet Trail is a monument to the awakening of human ecological awareness.” Only when our mentality changes will ecology change with it.


On World Listening Day 2022, Quiet Parks International launches a series of sound conservation activities with the theme of Listening Across Boundaries. QPI also points out that, as the world’s first Quiet Trail status is awarded to the Taipingshan Circular Trail, two other places in the world – Niobrara Wild & Scenic River, Nebraska, USA, and Finnhamnen, Kvarken Archipelago, Finland – will follow in Taiwan’s footsteps and establish their first Quiet Trails. Hopefully, the silence in Taipingshan will exert a positive effect on our mentality, and there will be more Silent Trails both within and without Taiwan, so that we can all learn to listen through quietness, to restore Nature, and to reconnect with the earth, and with ourselves as well.